The comic creation of comedian and illustrator Derek Chickpeas, “Olaf Falafel” is an absolute combine-harvester of inspirationally daft ideas; hoovering them up and blasting them out across multiple creative outputs.

We talk about “Olaf Falafel’s Art Club”, “Old MacDonald Heard A Parp”, “One Giant Leek” and plenty of other projects including “The Pearl With The Girl Earring” and a load of other stuff he unsurprisingly doesn’t have time to properly leverage…. We also discuss his penchant for over-delivering; his uniquely brilliant Edinburgh Fringe flyer designs; how to prioritise a million projects; as well as how he manages to stay one of the happiest creatives who’ve ever graced this podcast.

Over half an hour of extras available exclusively to members of the Insiders Club include an exploration of his copycat-inspiring success on Vine (and the relief he felt at its collapse); further investigation of his effervescent comedy mind; and why he probably won’t illustrate your kids’ book idea…

Catch up with Olaf Falafel: 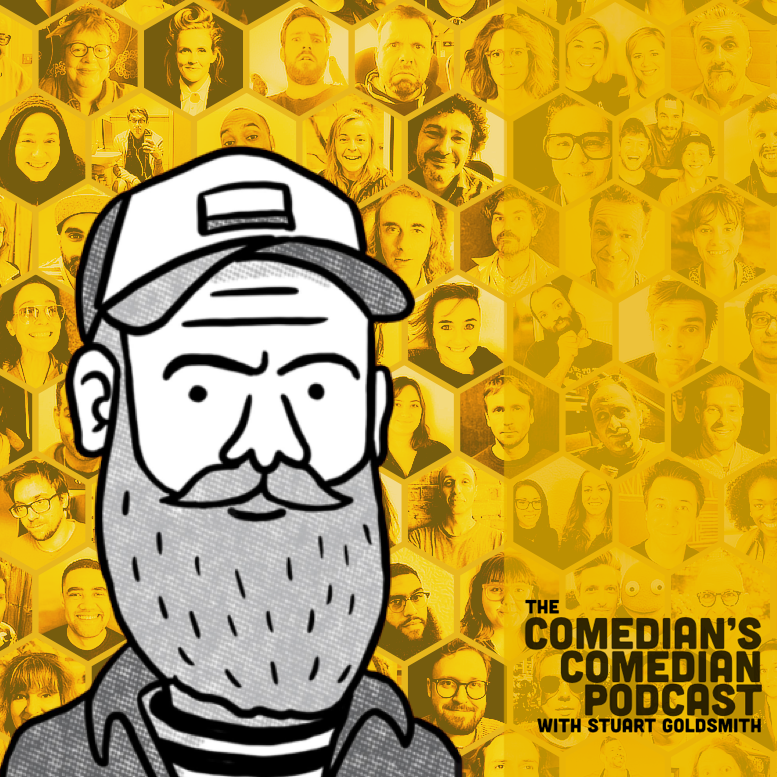 Zach, Mark and Broden return to the podcast on one of the last stops of the campaign trail for their new Netflix special “Aunty Donna’s Big Ol’ House Of Fun”. It’s an extraordinary achievement, as they bring exactly what’s brilliant about their live work to the TV, and it will have you breathless with laughter.

Purveyors of, in the words of one ComCom fan, “Dubstep Python”, they reveal all about the first edit of the show where no one laughed, choosing authenticity over perfection, why none of the context matters, and how they managed to make a TV show without compromising on anything.

25 minutes of extra content available exclusively to members of the Insiders Club includes the boys on the polarising ability of their work, which sketch grabs new fans most successfully, their three-take system for improvising on camera, and how much pud is a little bit of pud…

Go to www.comedianscomedian.com/insiders for this and much more, including the exclusive Insiders Q&A with James Acaster.

Everything Stu's up to:
Stu’s “Infinite Sofa” chat show is now available as the perfect solution to remote-working office parties, motivational and team-building events.
“It was an absolutely hysterical and wonderful evening, for both those partaking and everyone watching online!” Maria Kuzak (Fundraising Manager at CALM)
For more info on how this unique concept can bring your staff together while working apart, go to www.virtualofficeparty.co.uk

Stu also offers remote talks to business on what the distilled wisdom of over 350 comics can teach you about resilience, especially in times of pandemic.
“The most inspiring talk I’ve had in years!” (LEGO staff member)
Find out more at www.comedyinsights.com

There's going viral, and then there's Uncle Roger. His MSG-loving, rice-reviewing, phone-case wearing archetypical Asian uncle character has seen Nigel Ng jump from 20,000 to 2.8M YouTube subscribers during the pandemic. Now he returns after only a few months to talk about what winning the YouTube lottery has taught him. We talk about how he'd prepared the field for explosive growth, and how much of it was luck; how it feels to become a professional YouTuber; how he manages collaboration; what new challenges laid in wait for him; and whether his success would be repeatable in an alternate universe...

Look back a few months in the archive to hear Nigel’s first appearance on the podcast, and join the Insiders’ Club at www.comedianscomedian.com/insiders to hear 20 mins of extra content from that podcast, as well as all the extras from every episode, and the exclusive 60min Zoom Q&A with James Acaster!

Find Uncle Roger and Nigel’s own stand-up @mrnigelng on every platform, and on www.youtube.com/mrnigelng

His podcast “Rice To Meet You” is available at www.ricetomeetyoupod.com


Everything Stu's up to:
Stu’s “Infinite Sofa” chat show is now available as the perfect solution to remote-working office parties!

“It was an absolutely hysterical and wonderful evening, for both those partaking and everyone watching online!” Maria Kuzak (Fundraising Manager at CALM)
For more info on how this unique concept can bring your staff together while working apart, go to www.virtualofficeparty.co.uk

Stu also offers remote talks to business on what the distilled wisdom of over 350 comics can teach you about resilience, especially in times of pandemic.
“The most inspiring talk I’ve had in years!” (LEGO staff member)

Find out more at www.comedyinsights.com 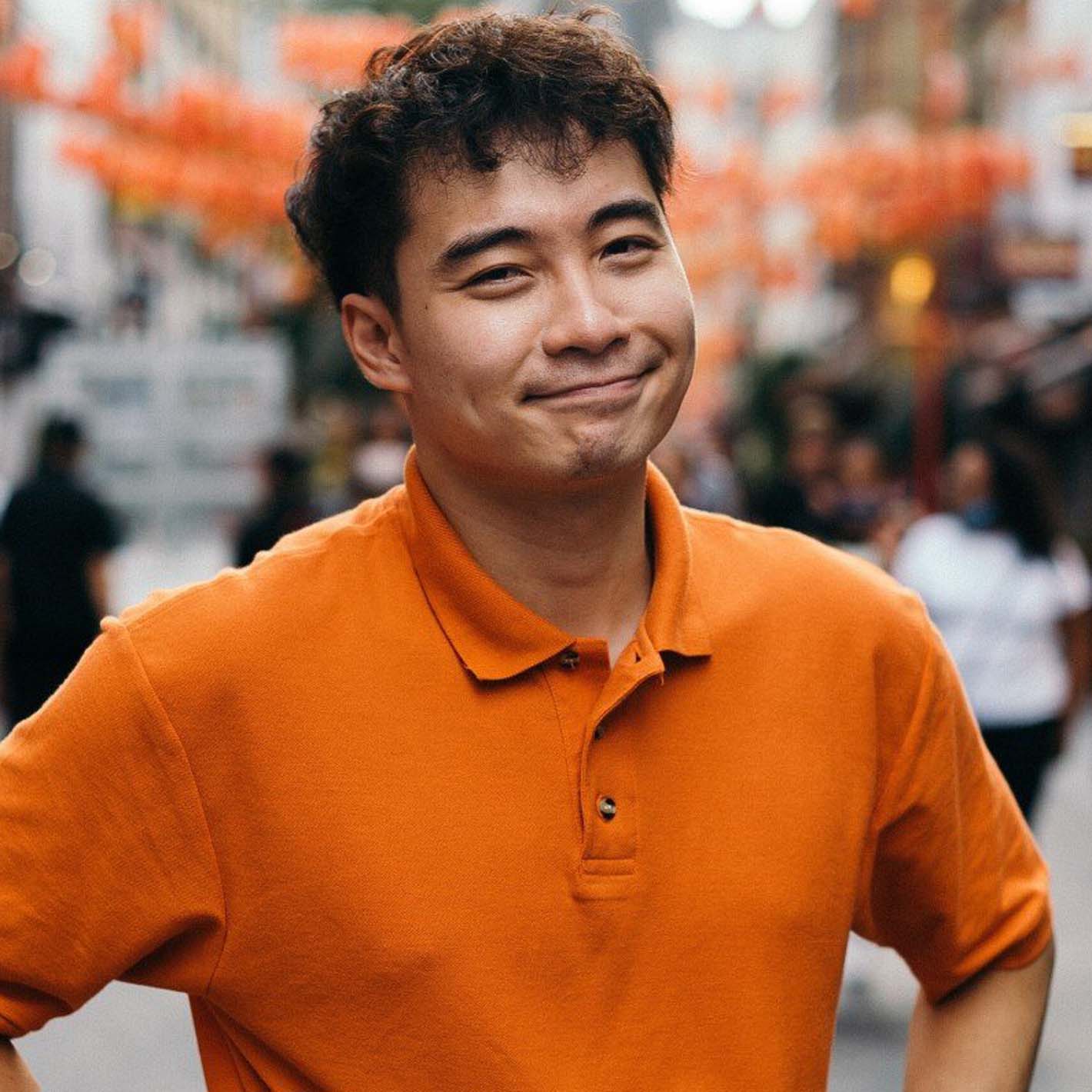 Our first wrestler! A man with a firm foot in both the ring and the comedy circuit; Colt Cabana has been a pro for over 20 years, in WWE and now AEW, as well as a committed comedy collaborator with people like Brendon Burns and John Hastings.  We talk about the myriad parallels between our worlds; about mentorship and growth; whether “kayfabe” is still a thing; learning how to play character instinctively; and meeting his comic match in Japanese wrestler Toru Yano.

15 minutes of extra content available exclusively to members of the Insiders Club include Colt discussing evolution over a long career, crowd work with a baby, seeking inspiration in everything, and the “fakeness” or otherwise of UFC…

Go to www.comedianscomedian.com/insiders for this and much, much more!

Catch up with Colt:
Find Colt on Twitch: www.twitch.tv/ColtCabana
Tw/IG: @ColtCabana
The documentaries & children’s book is at COLTMERCH.com
and find ”Art of Wrestling” podcast wherever the hell you get your podcasts!

Everything Stu's up to:
The Infinite Sofa chat show is now available as a solution to remote-working office parties over the festive period! Go to www.virtualofficeparty.co.uk for more info on how this unique concept can bring your staff together while working apart!

Stu also offers remote talks to business on what the distilled wisdom of over 350 comics can teach you about resilience, especially in times of pandemic!
< “The most inspiring talk I’ve had in years!” (LEGO staff member) Find out more at www.comedyinsights.com This podcast is @ComComPod on twitter and instagram www.comedianscomedian.com

Stu also co-hosts the “Child Labour" parenting podcast with Sindhu Vee www.childlabourpod.com (And the last episode of season 1, with Sara Barron, is a BELTER!) 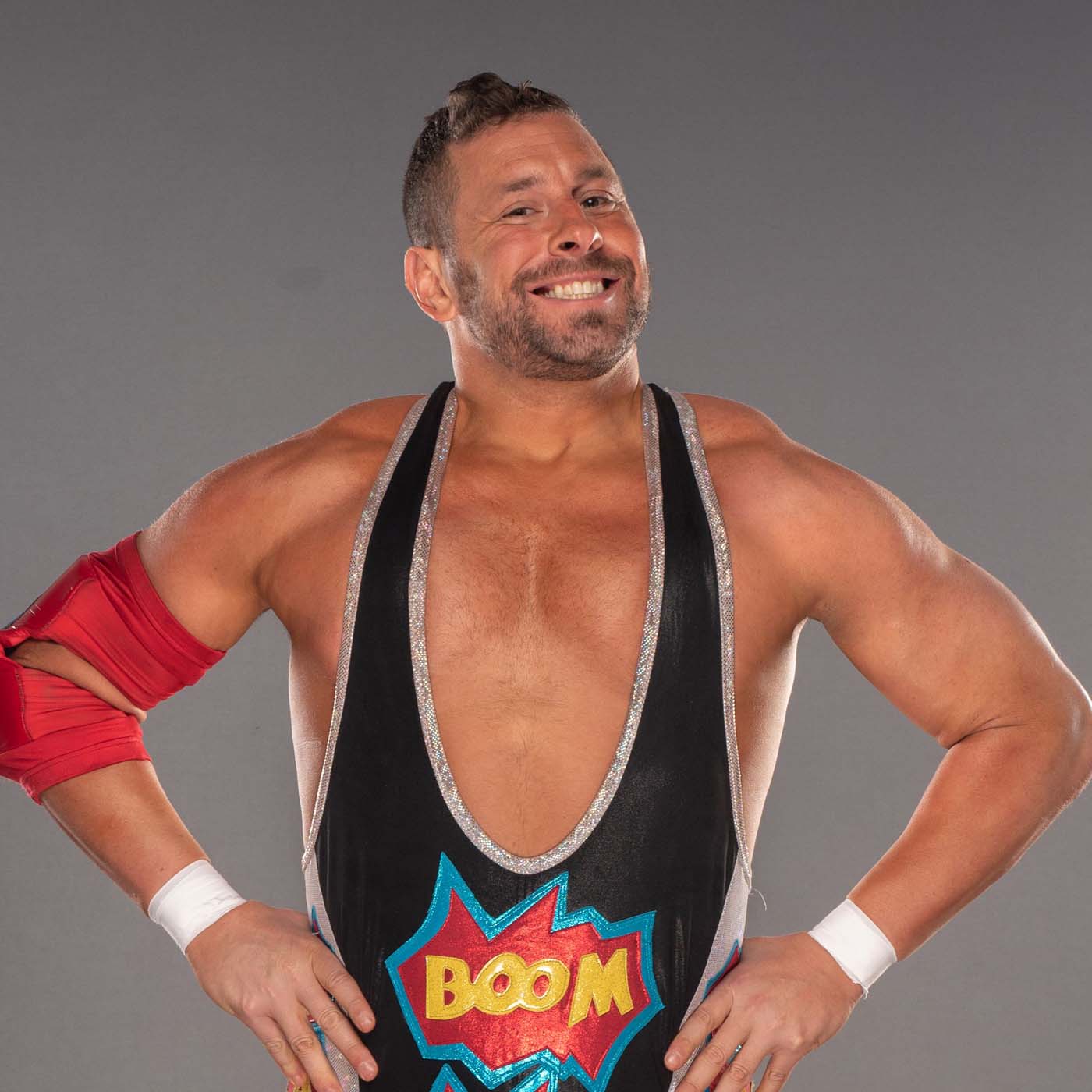 Artist, comedian, provocateur and cleaner, Kim Noble is far more concerned with pursuing his artistic instinct than the trappings of success. From sneaking into B&Q dressed as staff (engaging with the customers and sometimes not even recording it), to his brilliant new podcast “Futile Attempts”, we find a man relentless in his integrity and experimentation, but sometimes adrift from the comedy community and the wider world.

We learn the sometimes devastating effect of his constant recording on his personal life; find out how his mum felt about his possible exploitation of his dementia-suffering father; and talk about innocence, terror, and overstepping the line.

30 minutes of extra content, available exclusively to members of the Insiders Club, includes Kim on his most recent “meltdown”; a meta chat about the pros and cons of his notion to record his appearance on the podcast and take control of the audio; the story behind “Noble and Silver” and why they split… and dread.

Find out more about Kim:

Watch the “Noble and Silver: Get Off Me” episode filmed in one take:

Join the Insiders Club at 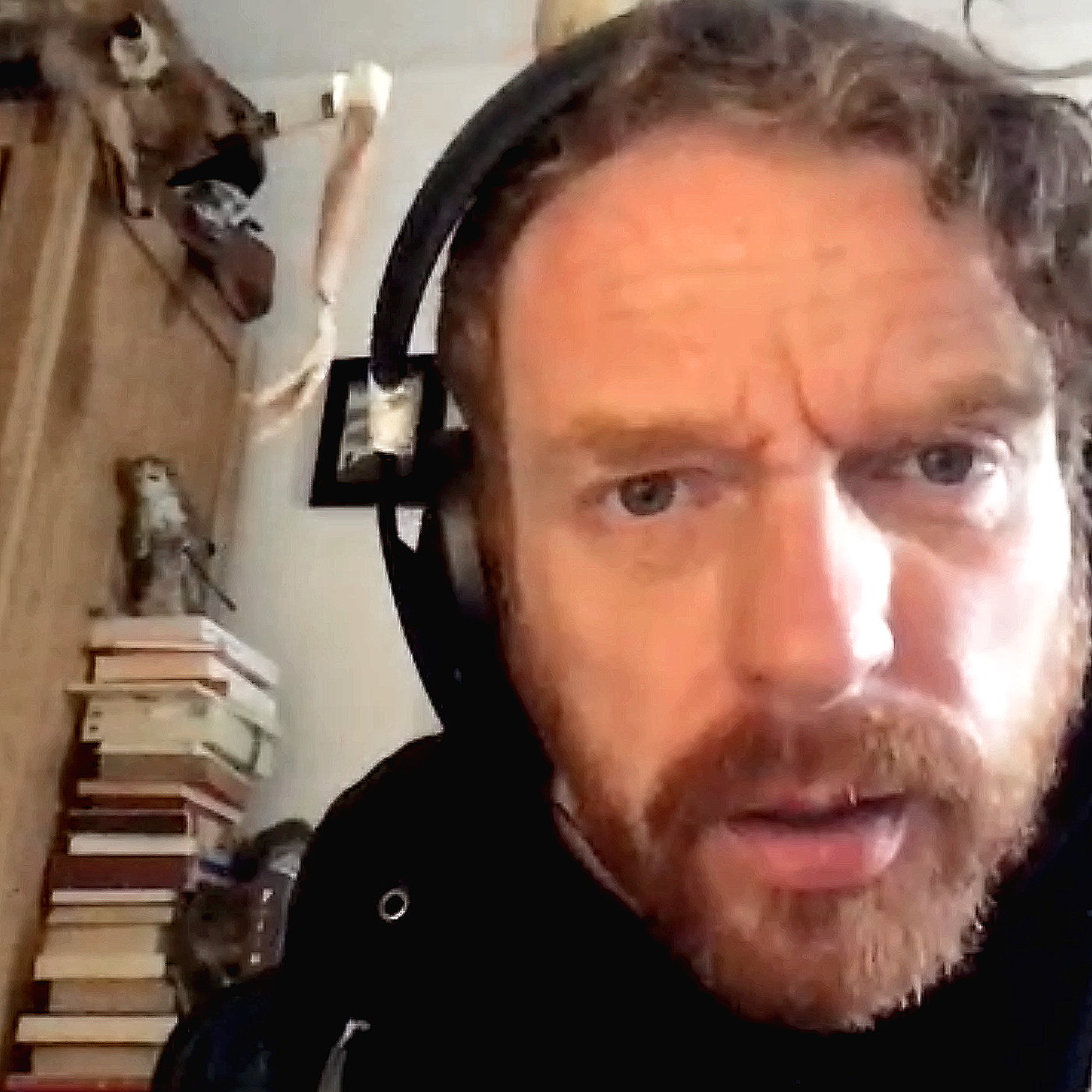 The only comic ever to have consecutively won Best Newcomer and Best Show at the Edinburgh Fringe, John Kearns is a master at finding pathos in the prosaic, combining clowning and standup in a way that makes absolutely no sense written down. With influences from Jacques Tati to Neil Hamburger, we explore his sense of place within himself, overreaching in his writing, and ambition in his career...

Thirty minutes of extra content available exclusively to members of the Insiders Club includes John's brilliant technique for underpinning all his material with genuine pathos, and delves into writing for Harry Hill, meeting Chris Morris, and how the spotlight can burn...
@johnsfurcoat 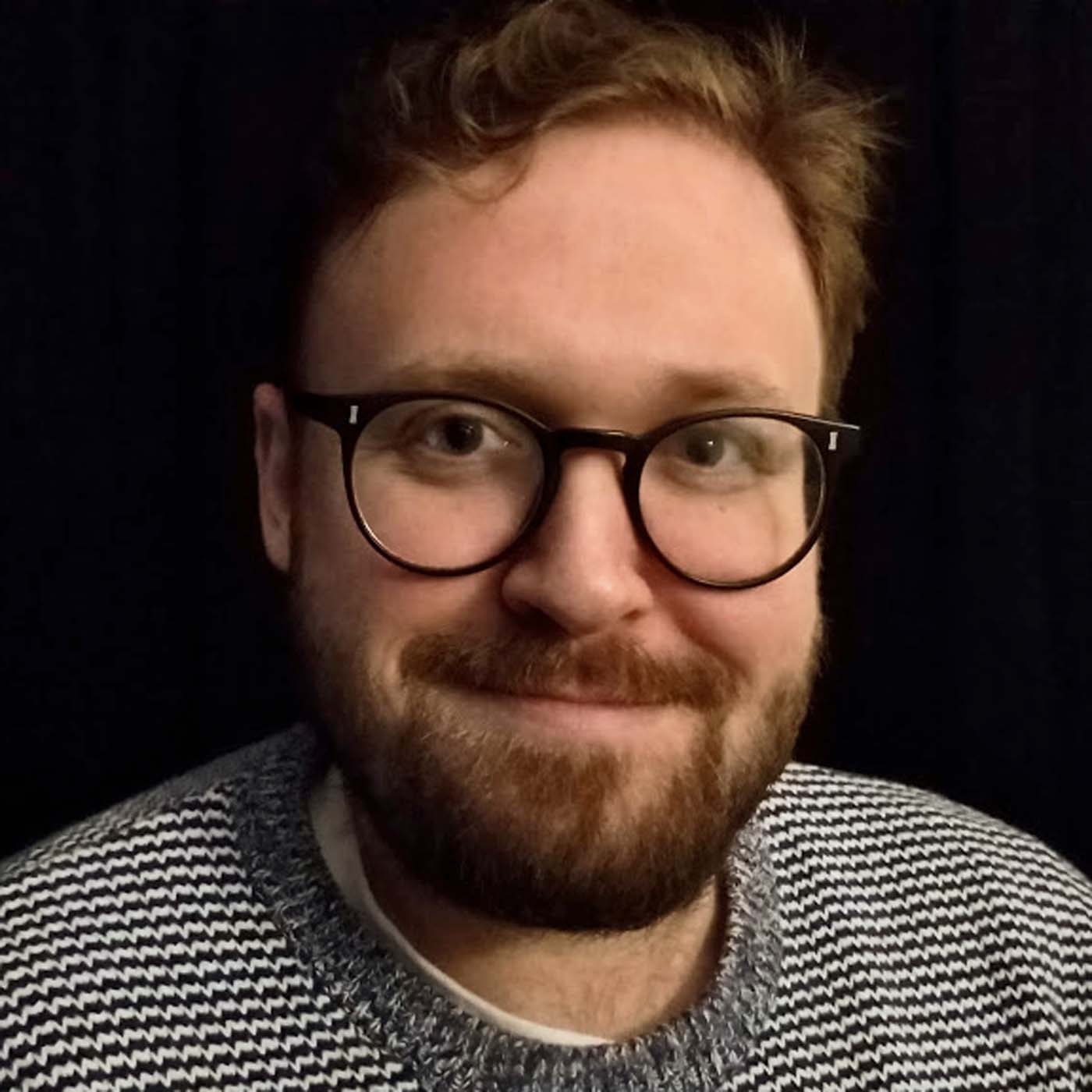 "America's Funnyman" Neil Hamburger is the disturbing comic creation of Gregg Turkington; deeply funny, vile and poignant in equal measure. Ordinarily reluctant to talk about his alter-ego, Gregg gradually uncovers his love for outsider art, and the qualities he considers genius. We learn about the origins of Neil in prank phone calls and fake live shows, the comedy he can't stand and why, and the utterly original concept behind his live albums.

Over 30mins of extra content available exclusively to members of the Insiders Club include Gregg on being booed onto the stage supporting Tenacious D at Reading Festival, and how it meant no more to him than a crowd at Madison Square Garden chanting his name! We also learn the surprising basis to whom he won't attack and why, and find out why he considers interviews pointless... Support the show today with a recurring donation and receive your access to the Insiders Club private podcast at www.comedianscomedians.com/insiders 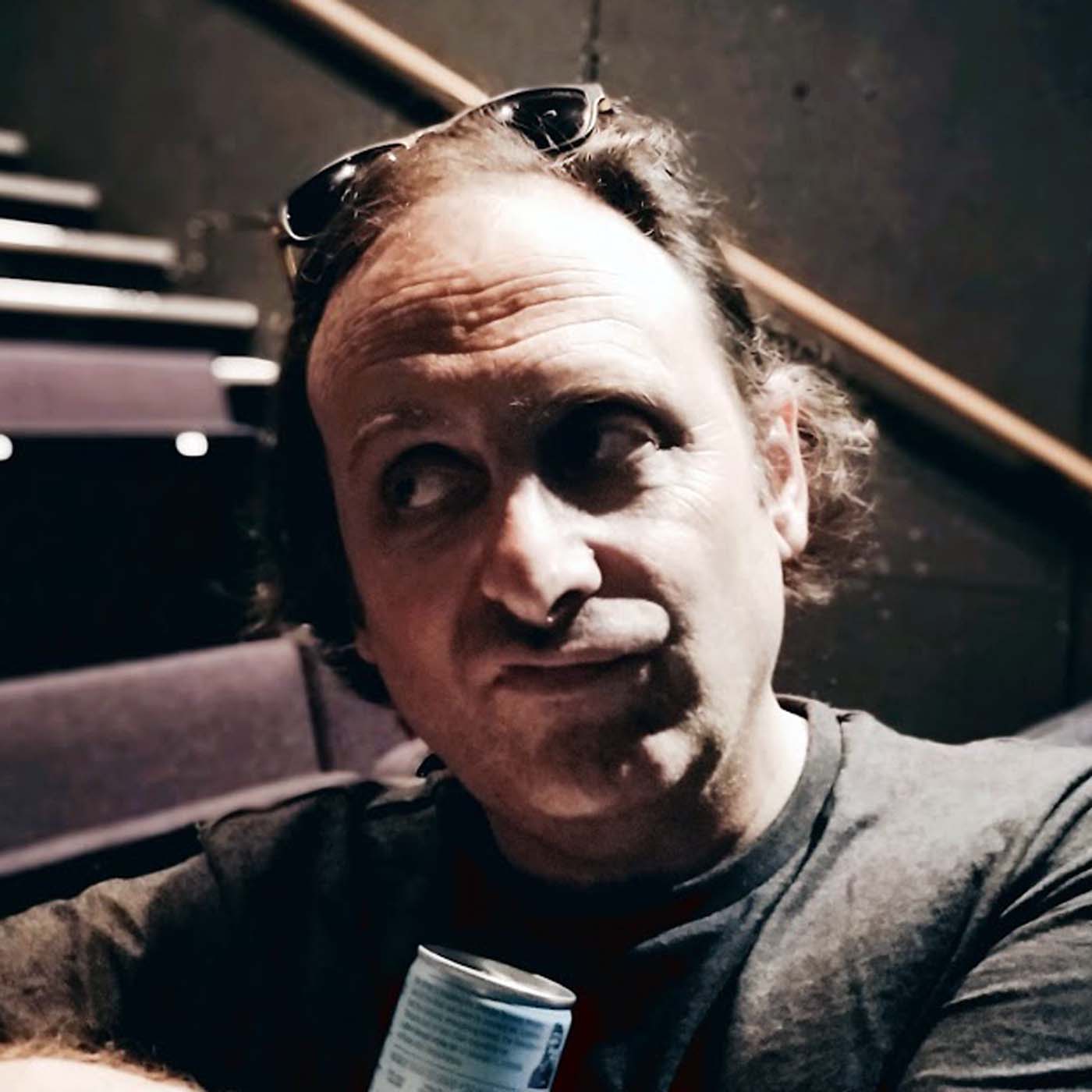 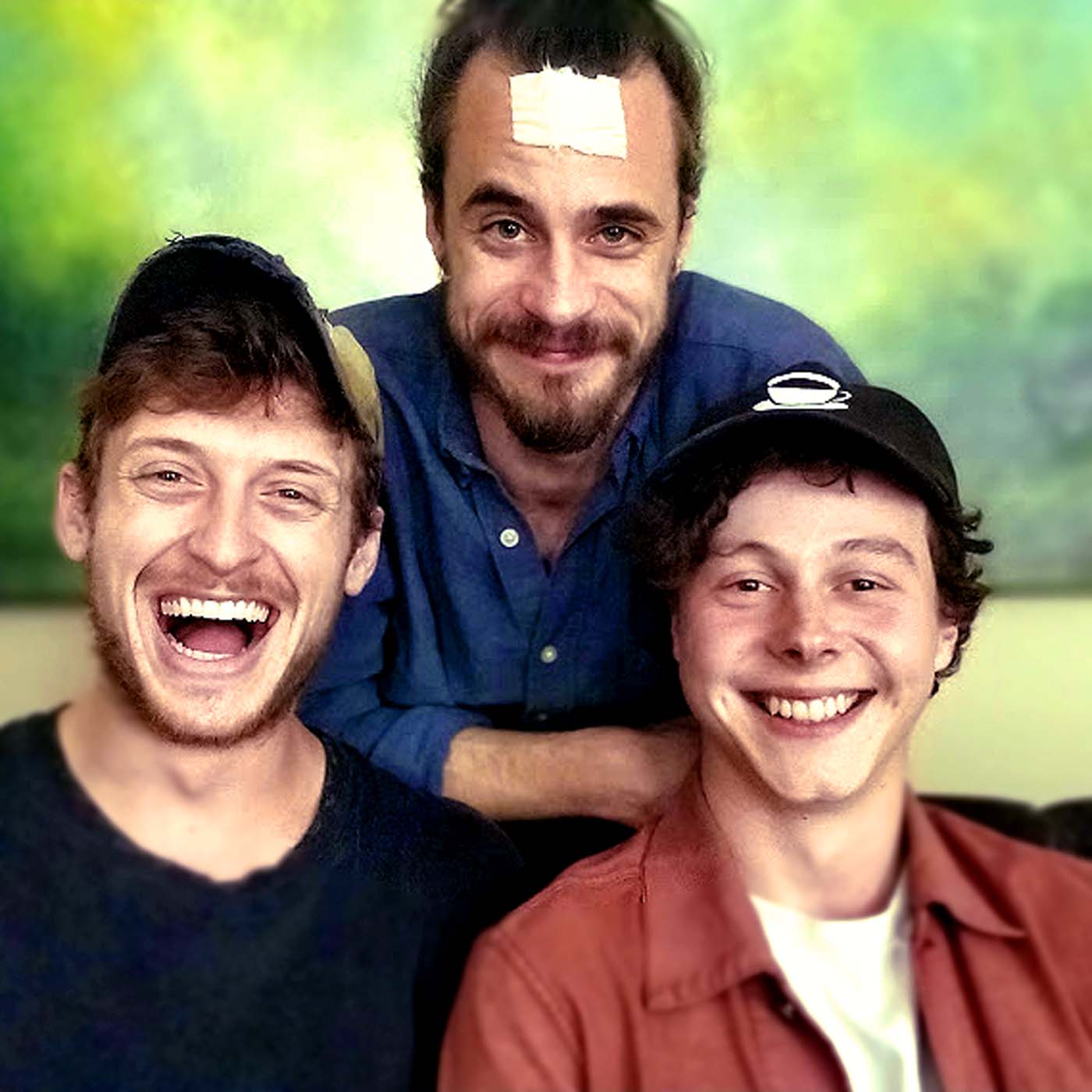